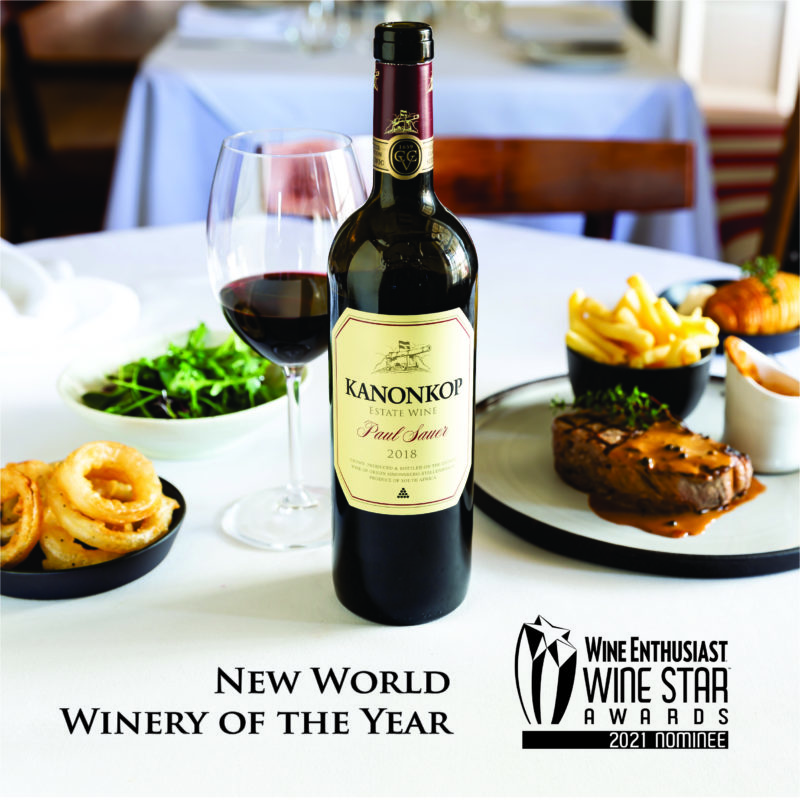 Kanonkop is a finalist in Wine Enthusiast’s Wine Star Awards

Kanonkop Estate from Stellenbosch has been named a finalist in Wine Enthusiast magazine’s annual Wine Star Awards, the only South African winery to make the list of five nominees in the category for New World Winery of the Year. Now in its 22nd year, the Wine Star Awards honour an international range of wineries and wine personalities across 14 categories and is deemed as one of the most influential wine awards platforms in the world.

The winner will be announced at the Wine Star Awards Ceremony on 11 November.

According to Johann Krige, co-owner of Kanonkop, it is an honour to be among the finalists for the award of Best New World Winery – not only for Kanonkop, but for a South African wine farm and the local industry as a whole.

“By including a winery from the Cape, the Wine Enthusiast Wine Star Awards recognises the fact that South Africa has over the past few decades become a force in the global world of wine,” he says. “Here Kanonkop is extremely grateful for this recognition as we are continuing our goal of being seen as South Africa’s First Growth of wine.

“Through years of work in building international relationships with the making of excellent wines, Kanonkop likes to think it has played a role in getting the wine world to sit-up and take notice of what the Cape can deliver in terms of wine quality. To thus be recognised on this very special platform, the Wine Star Awards, is a great honour for Kanonkop and Cape wine, and we look forward to the winner being announced in November.”