You are here: Our Story > Abrie Beeslaar
Abrie Beeslaar hails from the rural town of Worcester, some 120km’s north-east of Cape Town. Initially he wanted to study medicine. Coupled with the fact that his family has no experience, background or link to the wine industry, this almost meant that the Cape could have been robbed of one of its great winemakers. A BSc degree in oenology and viticulture (1997) led to an internship at Windmeul Cellar in northern Paarl before Abrie joined another co-operative cellar, Swartland Winery in Malmesbury, as assistant winemaker. This was where he met Beyers Truter, who would regularly pop in at Swartland to look at the Pinotage wines to be selected for his own Beyerskloof operation. The two got talking and found they had much in common, in particular a love for red wines – especially Pinotage. In 2002, Abrie became Beyers’s wingman at Kanonkop before being asked to take over the reigns in 2003. 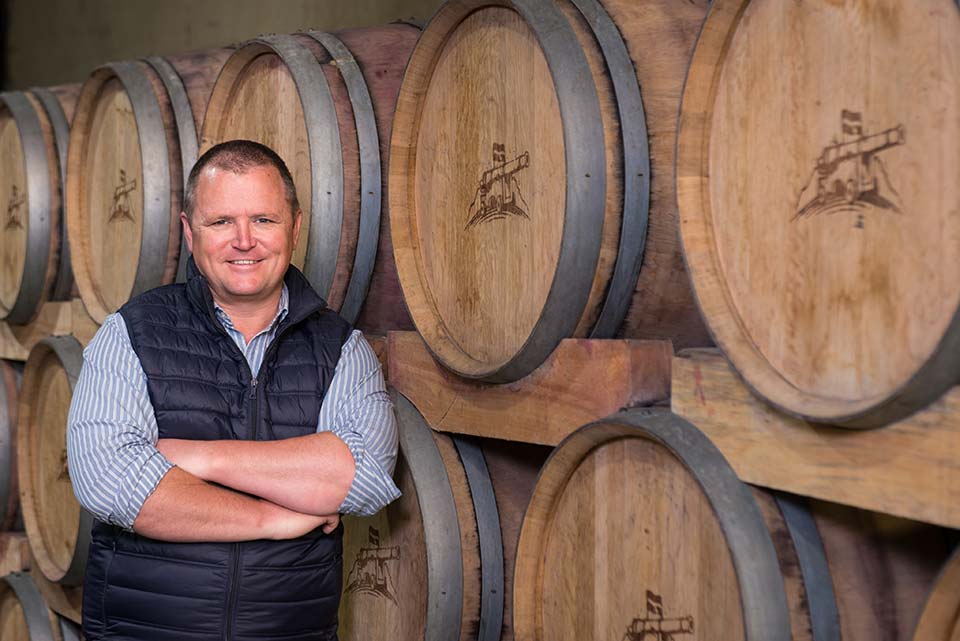 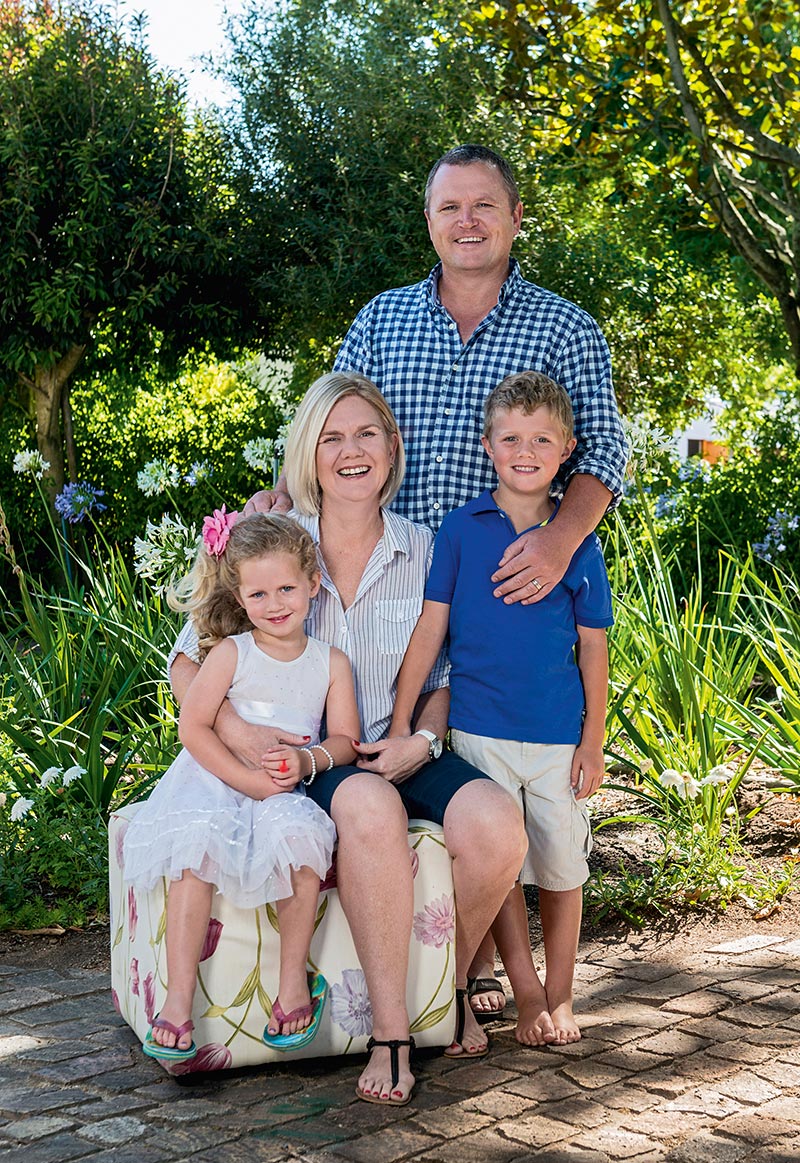 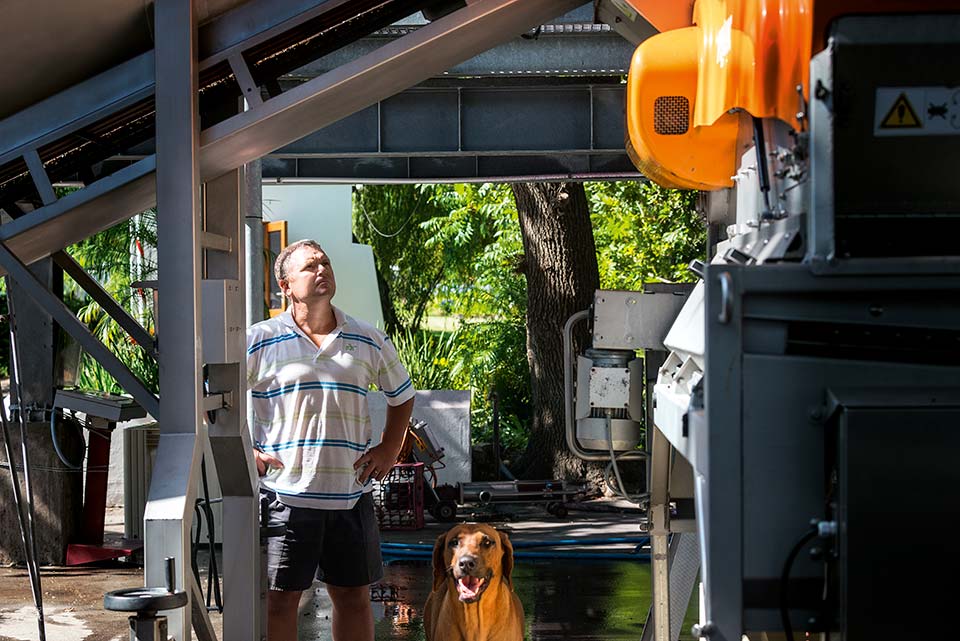 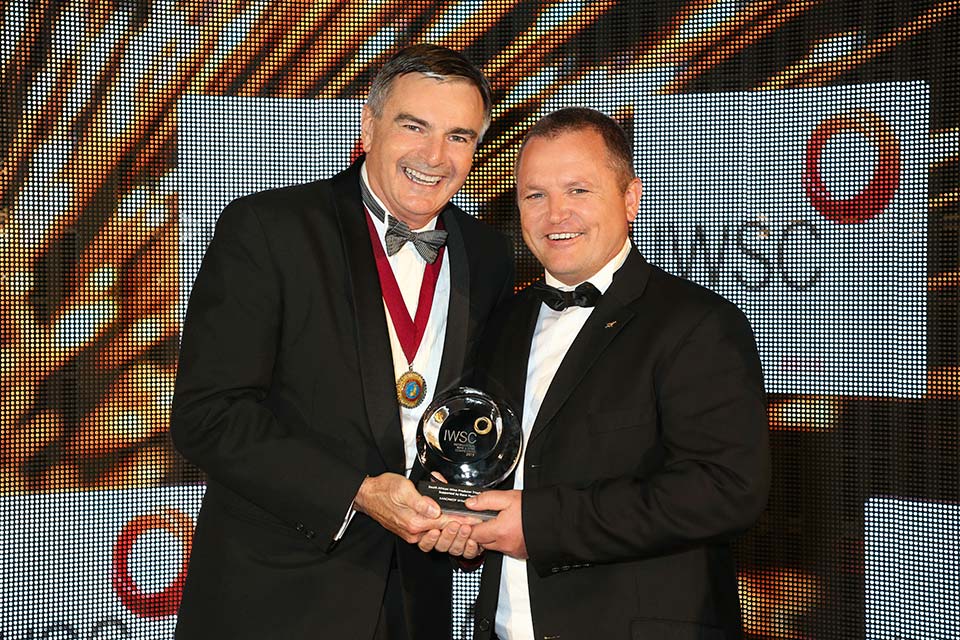 Abrie still agrees that to be offered the task of winemaker at Kanonkop before the age of 30 was a monumental opportunity, and one he certainly grabbed with both hands.

He is a firm believer that the soils, the climate and the topography will have the ultimate say in how the wine from a specific vintage will taste.

In 2019, at the same competition, he was also the first ever recipient of the Outstanding Wine Producer Trophy, awarded to the winery achieving consistently over the competition’s illustrious 50-year history.

Under Abrie’s watch, Kanonkop has won enough trophies, gold medals and certificates of merit to fill one of those big concrete fermenters he uses during harvest season.

Being the humble person that he is, he’ll be the first to acknowledge that by the time he arrived at Kanonkop, some pretty solid groundwork had been done by his two legendary predecessors.

In 2018, Abrie also became the first South African winemaker to see one of his wines – the Kanonkop Paul Sauer 2015 – receive a perfect 100-point score from British Master of Wine Tim Atkin.

Back to Our Story
Next → The Brothers Krige
We use cookies on our website to give you the most relevant experience by remembering your preferences and repeat visits. By clicking “Accept All”, you consent to the use of ALL the cookies. However, you may visit "Cookie Settings" to provide a controlled consent.
Cookie SettingsAccept All
Manage consent