You are here: Our Story > Jan “Boland” Coetzee

One of the most important decisions in the history of Kanonkop was made in 1968 when Paul Sauer had to find a successor to Danie Rossouw, whose health was deteriorating.

It was up to Paul’s son-in-law Jannie Krige (who was married to Paul’s youngest daughter Mary), to find a suitable person to take over Danie’s duties, and to become Kanonkop’s first official winemaker .

The name of Jan “Boland” Coetzee was put forward, and this replacement would steer the farm and its wines onto a new path when he joined the farm in November 1968.

Jan, who hailed from a farming family in the Piketberg area of South Africa, was a graduate of the University of Stellenbosch’s Department of Viticulture and Oenology, and also a formidable rugby player who would go on to represent Western Province and South Africa.

On account of his sporting prowess, Jan was given the nickname ‘Boland’ in honour of the provincial rugby blazer he chose to wear as a student. 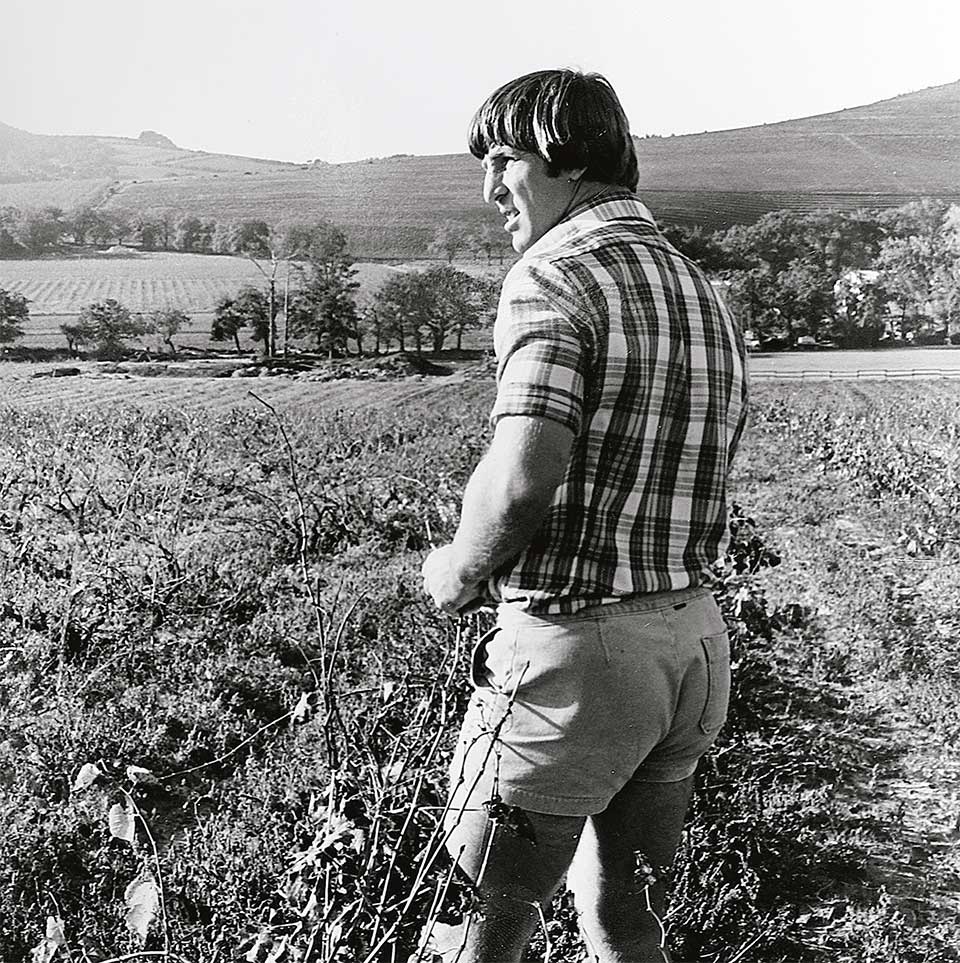 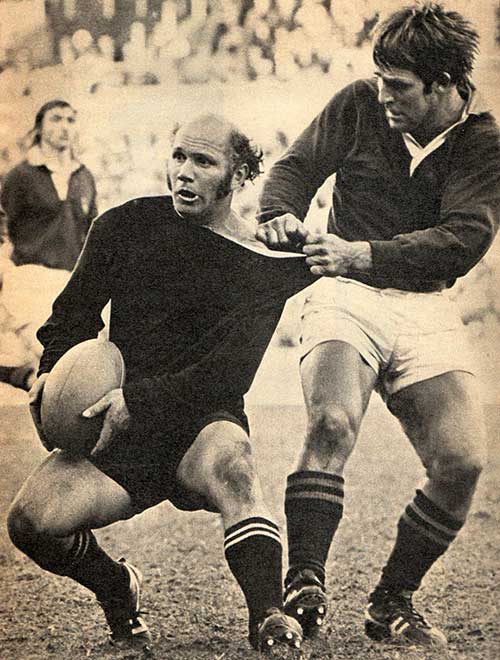 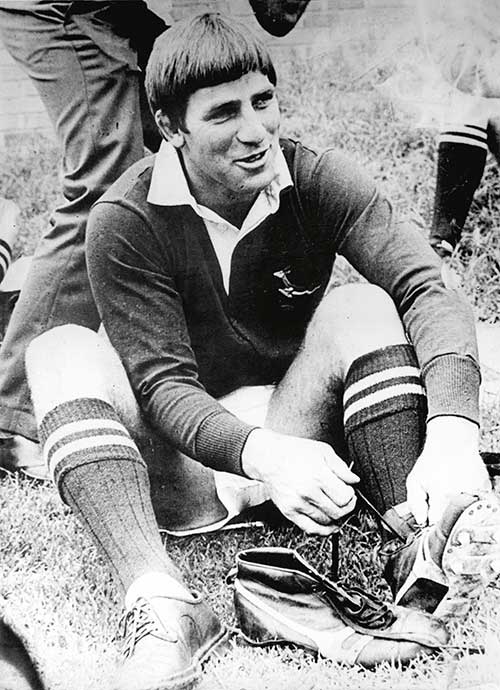 Krige, a retired rugby administrator at the University of Stellenbosch, shared more than a passion for South Africa’s national sport with Jan Boland Coetzee.

He appreciated Coetzee’s natural skill as a winemaker and his almost uncanny understanding of the influence of soil, climate and aspect on the vineyards.

In these skills coupled with the best the farm had to offer, Jannie Krige saw the potential for an estate-bottled wine range that could stand alongside the best of what South Africa had to offer.

Not forgetting, of course, the fact that in Jan Boland, Kanonkop had an extremely marketable association to the national sport of rugby-mad South Africa.

When he arrived at Kanonkop, the farm was crushing 1 200 tons of grapes annually, had over 100 hectares under vines and delivered some 700 000 litres of wine a year to Stellenbosch Farmers Winery (SFW) in bulk.

One of the first things Jan did was remove the Shiraz vineyards and plant more Cabernet Sauvignon.

Even though he was still a young winemaker, he had grown up and worked closely enough to soil and vines to have developed an instinct for the relationship between specific geographical sites and certain grape varieties.

Through this instinct and the understanding of terroir, Jan has made some of South Africa’s greatest wines and played a profound role in influencing generations of winemakers and in creating a lasting legacy for the country’s wine offering.

In 1972 preparations were underway for Kanonkop Estate to start bottling its own wine, something Paul Sauer was not too happy about on account of his close relationship with Stellenbosch Farmers Winery (SFW).

It took a certain amount of persuasion from Paul’s son-in-law and his new star winemaker to allow a limited amount of Cabernet Sauvignon and Pinotage from the 1973 vintage to be bottled under the label of Kanonkop.

Paul Sauer however recognised the marketing potential – Jan Boland Coetzee and Kanonkop were both powerful names, and there was a growing demand in South Africa in the 1970s for good red wine.

The timing was right, and the first Kanonkop Estate wines were released in 1974 at R1.95 per bottle!

Paul Sauer died on 11 January 1976, just as the fourth Kanonkop Estate harvest was about to get underway and before having the opportunity to witness the profound legacy he had left: a range of wines that were to become recognised as among the most famous ever to originate from South Africa.

In 1980, as Jan Coetzee was readying himself and his family to head to France on a quest to explore the mystical concept of terroir in Burgundy, Jannie Krige was looking for his successor. 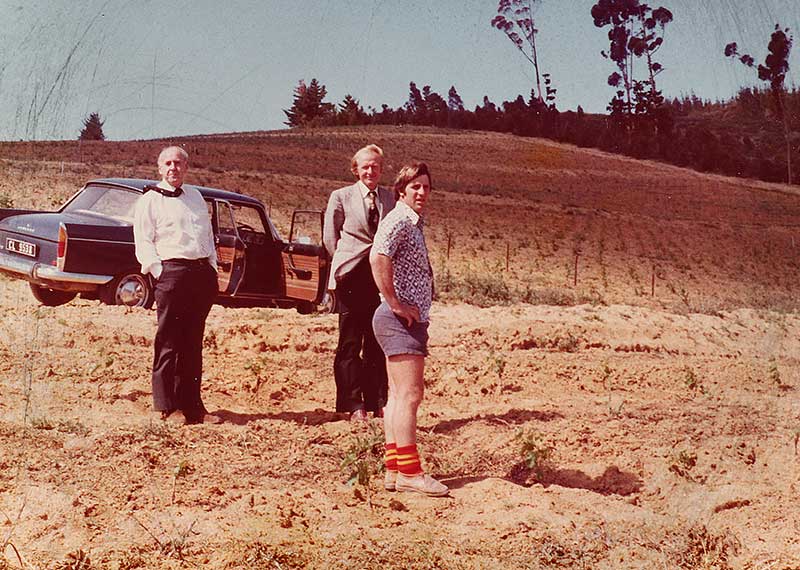 Jan in one of the Cabernet Sauvignon vineyards he planted in 1969, with vines propagated on Kanonkop 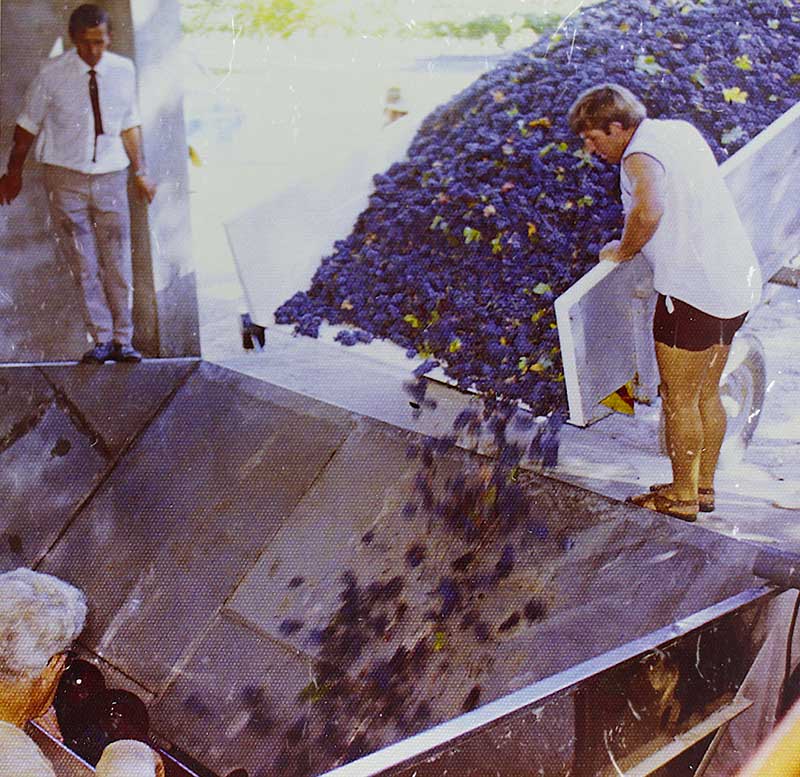 Off-loading the grapes of the 1974 harvest 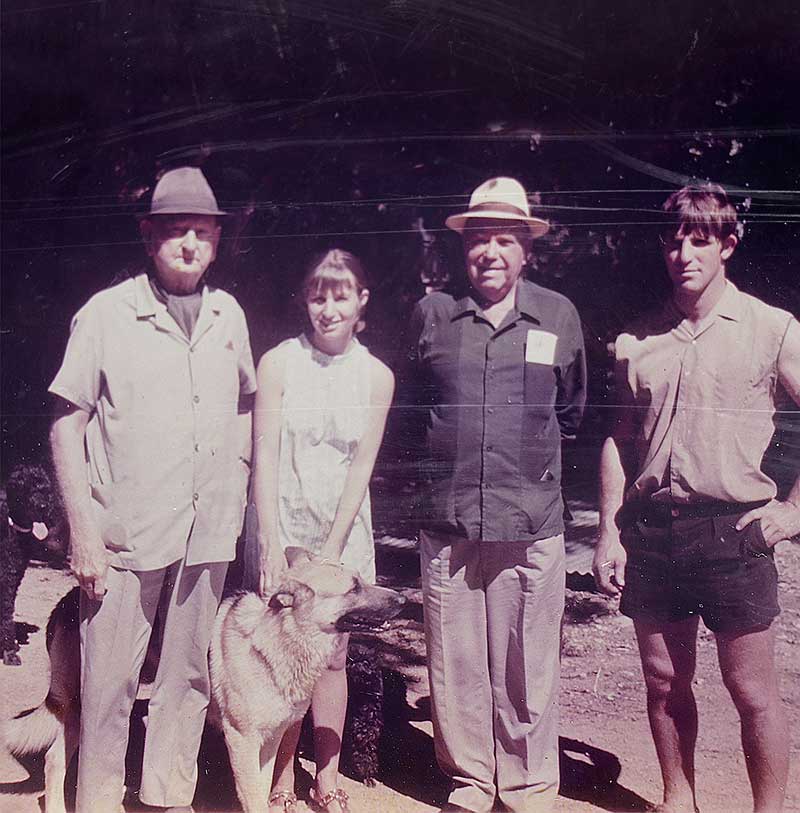 Jan and wife Annette on either side of Paul Sauer 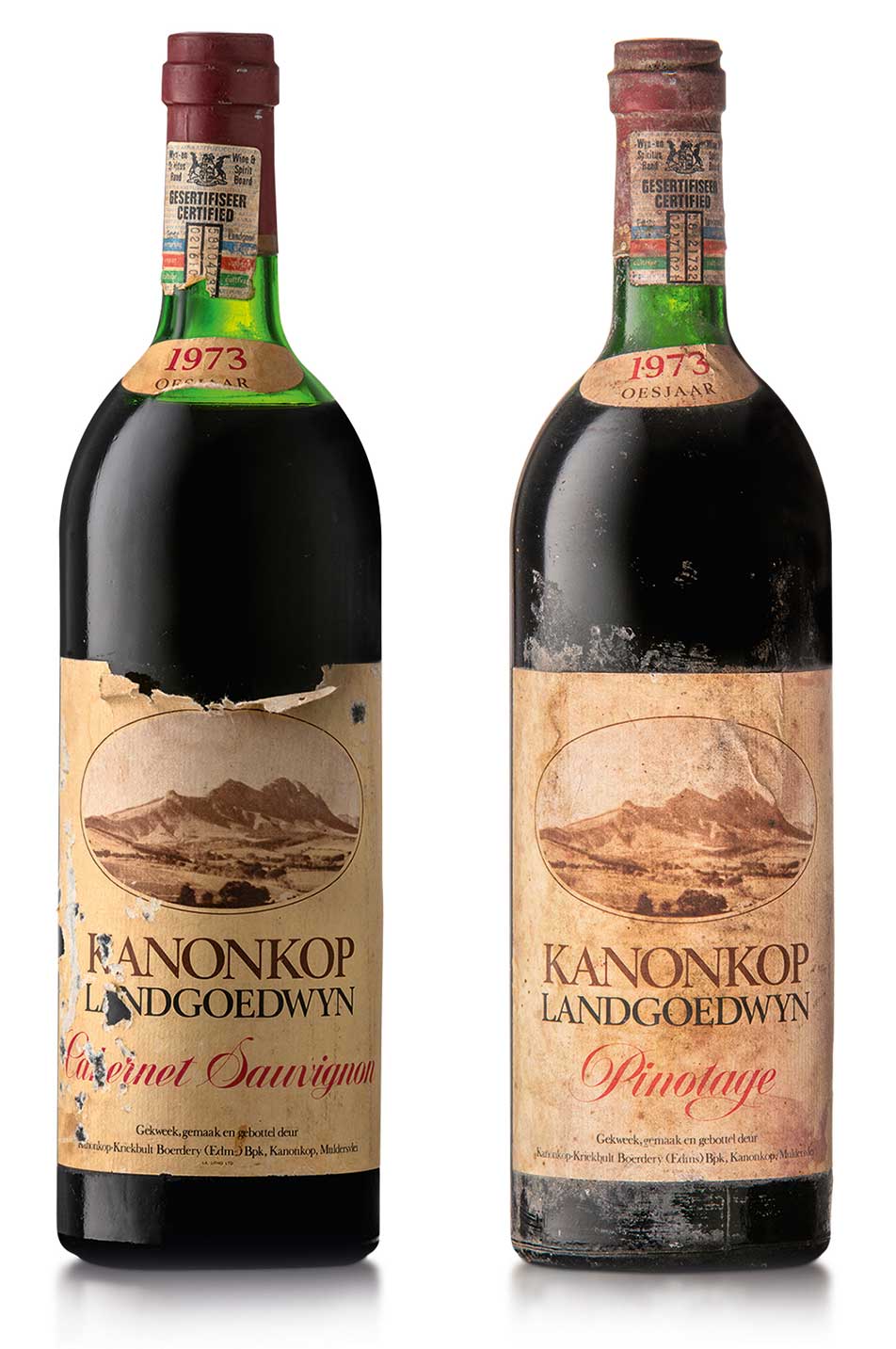 1973 – the first vintage bottled under the Kanonkop name
Back to Our Story
Next → Beyers Truter
We use cookies on our website to give you the most relevant experience by remembering your preferences and repeat visits. By clicking “Accept All”, you consent to the use of ALL the cookies. However, you may visit "Cookie Settings" to provide a controlled consent.
Cookie SettingsAccept All
Manage consent